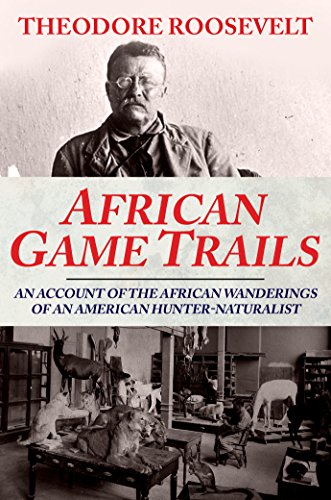 President Theodore Roosevelt was a world-renowned hunter, conservationist, and scholar.

In 1909, Theodore Roosevelt and his son Kermit embarked on a hunting expedition to East Africa.

In this must-read memoir, Roosevelt recalls exciting hunts and kills. More than just an average hunting book, African Game Trails is an account of the ups and down of life on safari, also chronicling the culture of East Africa, its people, animals, and flora.

He collected specimens for the Smithsonian Institution and for the American Museum of Natural History in New York, providing thousands of invaluable samples for their collections.

African Game Trails is a detailed account of this thrilling adventure. Roosevelt’s compelling recollection of the hunt ensures this book is essential reading for fans of the 26th president and hunting enthusiasts alike.

“[Roosevelt's] descriptions of the land, the people and the game he encountered are as colorful and readable today as they were in 1910, when this classic was originally published.” — Dallas Morning News

“Frequently lightened by touches of genius and always readable.” — The New York Times