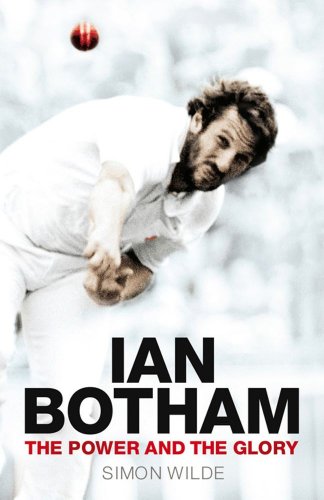 Ian Botham arrived on the international scene just in time to ride sport's first big financial wave and exploit the Thatcherite mantra of go-out-and-get-what-you-want. He certainly needed the cash, having been regularly short since leaving state school in Yeovil at 15. In an era short on glamour and personalities, Botham brought an irresistible cocktail of talent, energy and swagger. With the stench of economic failure still in the air, he made the country feel good about itself again. He showed that Britain could still produce champions and that the working class still deserved to be valued. For this he won himself a fund of public goodwill, a fund he sometimes threatened to drain but uncannily managed to replenish.

Before Botham, many saw cricket as a very staid, very boring game. He played it with an irreverent dash that stuck up two fingers at the cricket Establishment. He wore striped blazers and strange hats, sported long hair and droopy moustaches. He got into trouble over punch-ups, drugs and girls. He was even banned from playing at one point. But all this would have meant little had he not been able to keep on achieving remarkable things - as he did with impeccable timing and implausible frequency. He had an insatiable appetite, and an uncanny knack, for creating tales of heroism, but if he failed on that score there was always the chance of a scandal or two. He gave the media everything they needed for front pages and back, and some newspapers discovered that it didn't necessarily matter if the story was true or not, as long as he was in it.